The development programs and tourism Indonesia

The development programs and tourism Indonesia

Chairman of the Foreign Affairs PWI Teguh Santosa said the delegation led by Chairman of the JAK Park Chong Ryul it is part of the cooperation built up both organizations and journalists since 2013. PWI and JAK trying to improve the quality of community relations between the two countries through the exchange of visits of delegations.

This is the second visit JAK delegation, after the first visit conducted last year. "The theme of this visit is related to the development of infrastructure and promotion of Indonesian tourism.
Gede Blog

We provide an opportunity for colleagues to hear directly from the JAK development policy in the two sectors, it also gives them the opportunity to interact with the actors involved in the field. In a luncheon with the board PWI in Bali, Saturday (17/10/2015), Park Chong Ryul said that Bali is Indonesia's most well known tourist Korean society. Turns Bali three times wider than the Jeju Island is one of the tourist destinations in Korea . 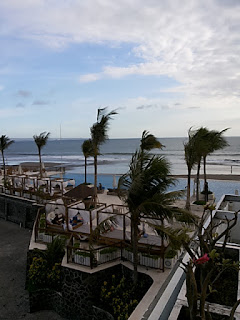 The Chairman of PWI Bali, IKMB Dwikora Putra hoped delegates JAK can tell the beauty of the island to the people of Korea after they return home. Hopefully, after this more Korean tourists visiting Bali.