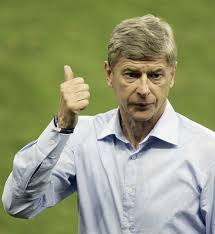 The result was a setback to Arsenal's title hopes and came 24 hours after rivals Manchester United had cruised to a 3-0 win against a below-strength Wolves.

Wenger was frustrated at having to face tougher opposition and was also angered that this weekend's opponents, Hull, have not played this week.

Hull had originally been scheduled to face Everton this week but the fixture was moved to November because of the Merseyside club's European commitments.


Wenger said: "I think the Premier League has a basic promise to organise the fixtures in a normal way.

"The guy who organised the fixtures this season must have come out of a special school, because he is more intelligent than I am!

"For sure, he has never played football, organising midweek games in a week when you have a Europa League.

"We have some teams who do not play at all. We play Sunday and Wednesday away and at home on Saturday against Hull, who have not played all week.

"It is also damaging for Burnley."

On the subject of McCarthy's team selection, the Frenchman was equally forthright.

Wenger said: "It is sad, but what can I do about that? I am responsible for Arsenal.

"We compete with Manchester United over 37 games instead of 38.

"I believe it is a problem for the international credibility of the Premier League, but it is not my problem, it is a Premier League problem."

In a further blow for the Gunners, Fabregas was forced off with a hamstring injury before half-time and will definitely miss the Hull clash.

Wenger was disappointed not to have followed up Sunday's win at Liverpool with another.

"I always wanted six points," he said. "Really I expected more to drop two points at Liverpool than here but I believe Burnley had a very good time tonight.

"They did not have one moment when they lost focus."

Burnley also have a say in the Wolves debate as they now travel to Molineux to face a presumably well-rested side on Sunday, but boss Owen Coyle was unwilling to criticise.

Coyle said: "If that is the motivation for Wolves, to galvanise them, then so be it.

"Mick McCarthy is an outstanding manager and fantastic man, somebody I have a lot of time for.

"He has done a fantastic job at Wolves and does what he sees fit for Wolverhampton.

"They have not been found wanting under his tenure so far. He has made that decision and has a squad of players that are good enough to wear the Wolverhampton shirt.

"We have to make sure we are ready, come the game on Sunday, to give our best."

Coyle was delighted with his side's performance tonight in a compelling encounter in which both sides had numerous chances.

Burnley twice hit the woodwork and Steven Fletcher had a goal ruled out for offside after Manuel Almunia missed a cross in the second half.

Coyle said: "It was a very valauble point, no doubt. Both sides will feel at different stages they could have taken all three.

"The lads showed real character, dug in and got back into the game. They really took the game to Arsenal.

"I do believe if they continue to perform at that level they will earn points in this league.

I think the Premier League has a basic promise to organise the fixtures in a normal way
4/ 5
Oleh hendra
Prev Next Beranda
Langganan: Posting Komentar (Atom)